The Dawn Of Vitriol 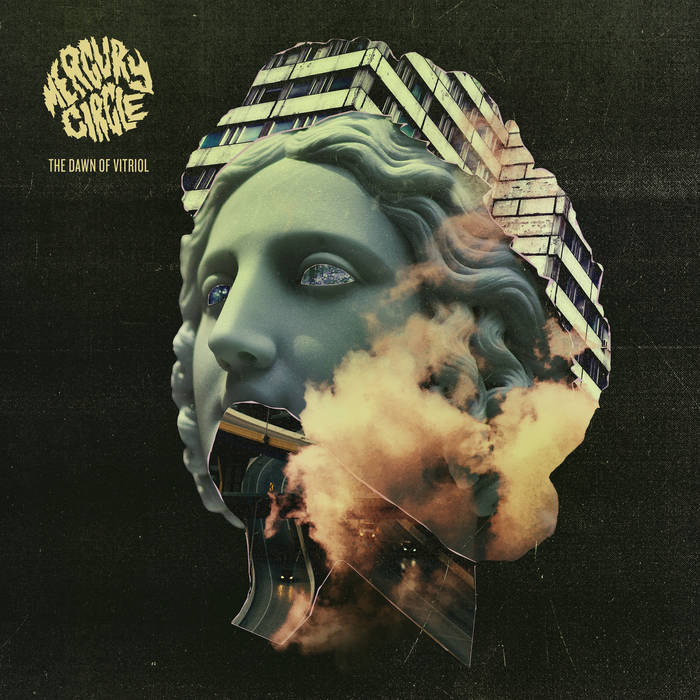 The Pit of the Damned

Dark metal infused with powerful synth/electro waves and doom, Mercury Circle is the brand new project by Iconcrash's and Swallow The Sun’s, two times Finnish Grammy nominated Jaani Peuhu. Here he is creating a diverse offering of atmospheric and darkly music where the songs differ wildly in expression and sonic aesthetics. Truly a genre of its own, grabbing the listener's attention while establishing their very own kind of "New Doom".

Jaani has worked with various multiplatinum-selling Finnish pop artists and metal acts like Before The Dawn, Diamond Black, Thunderstone, and To/Die/For. He also topped the album charts with writing and co-producing Lord of the Lost's 2018 album "Thornstar", nominated for the "Emma“ for Hallatar's debut album "No Stars Upon The Bridge“ (2018), which he also produced and mixed, along with playing bass live.

Although Jaani wanted to focus on his career as a producer, touring with Hallatar and Swallow the Sun made him want to tour with his own music again. He had the unique idea to create the genre of “New Doom”. From that, Mercury Circle was born. He’s finally returning to vocals to bring you something purely enigmatic.

He would say: "After I returned from touring with Hallatar I started to write new music. For some reason the songs I wrote were closer to doom metal than dark rock. I followed my heart and wrote an album without any preconceptions about genres, planning, or second guessing what I was doing. When the songs were written and the demos done I started to think what I was going to do with them and whether I should form a band to perform them. I made a list of musicians I wanted to work with and after asking if they were interested to join, they all said yes.

Thus the line-up was completed with Juppe Sutela (To/Die/For) and Jussi Hämäläinen (Hanging Garden,The Chant) on guitars, Antti Kiiski (Sleep of Monsters, Rytmihäiriö) on bass and Juuso Raatikainen (Swallow the Sun) on drums.

"The Dawn of Vitriol" will be coming out August 14th on Noble Demon (Digital, BUY HERE snd.click/vitriol ) and The Vinyl Division (Vinyl + Digipack CD). It contains 5 tracks in more than 30 minutes ranging from synth/electro sounds to touching doom metal, without leaving aside catchy melodies no short of emotion that will please fans of Killing Joke, Anathema, Cathedral, Depeche Mode, The Gathering, Ulver or The Cure among others.