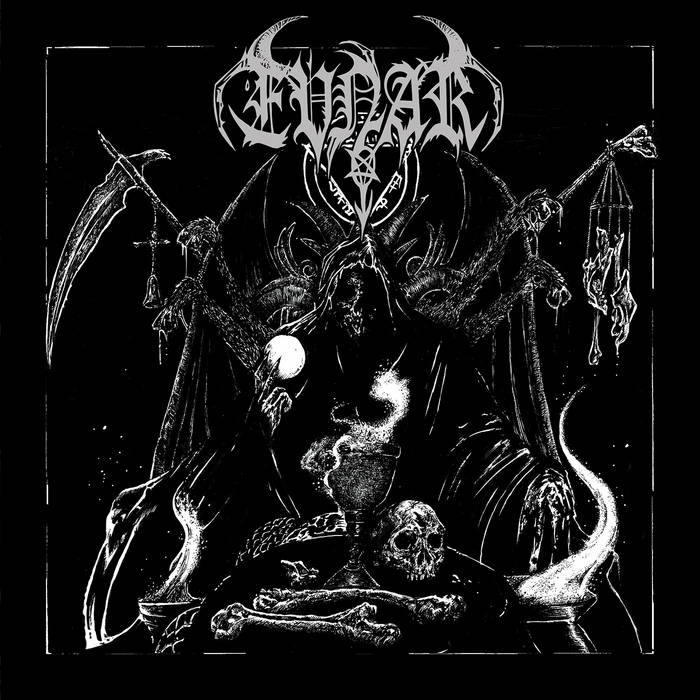 EvnaR is the first project of the brothers Román and JM before founding Between the Frost, restarted in 2010 with the help of the impressive Slovenian drummer Robert Kovačič (Belphegor, Obduktion, Nothnegal).

They have shaped a true demolishing beast of pure and authentic Blackened Death Metal that we can put it, without any doubt, on top of the genre and will please fans of bands such as Behemoth, Belphegor, God Dethroned or Vader, just cruelty in the form of quickness, technique and pure class.

Their first full-length album “E.V.N.A.R.” was recorded with patience and infinite dedication for one year in different studios in Spain and Slovenia, and finally mastered by the mighty Tore Stjerna at Necromorbus Studio in Sweden with two different masters for CD and vinyl.

We have counted on César Valladares’ pencils (Asphyx, Balmog, Graveyard, Nominon...) for the cover, Mike Hrubovcak (Monstrosity, Vile, Hypoxia...) for the band’s logo design, and finally el dios perezoso (Foscor, Numen, Xerión, Perennial Isolation...) gave the final touch and shape to the different versions in which “E.V.N.A.R.” will be released.